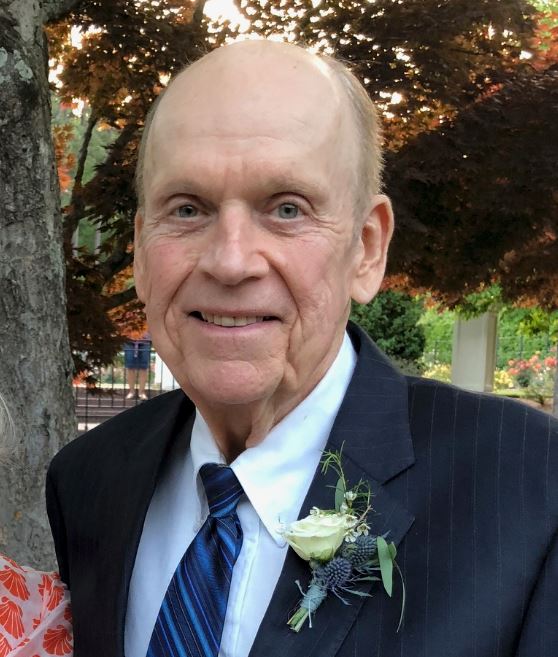 M.D. (Marcellus Davidson Smith) was born in December 1940 in Birmingham a year before Pearl Harbor and remembers some of the "blackouts" of WWII at nearly age five. He learned fishing, hunting and gun safety from his father. Going through the BB Gun year, Pellet Gun and later .22 rim fire years hunting small game and great fishing trips with his father, M.D. has always been a bit of an outdoorsman and doing a lot of camping, hikes and every hobby you can imagine with his SEVEN sons as they grew up.

Chanding from Pre-Med at the University of Virginia to major in Broadcasting at Alabama in 1960. After graduating in 1963 with a two-month-old son, he joined the family broadcasting AM Radio business, and soon by the first TV station, where he continued to work for the next 36 years until the TV station sold in 1999. The book, Behind The Screens, recalls those years, how TV grew, and contains humorous stories by him and many by the 'Alumni' of WAAY-TV.

M.D. III, as his father was called, and M.D. IV learned flying in 1965 and took many trips over the next 20 years. Some stories are in the first book. To learn about there trips, and hobbies, he and the kids were involved with, read t Reflections I.

M.D., and his wife, Judy Chandler Smith, have celebrated their Fifty-Seventh wedding anniversary as their first book was being assembled (2018) and look forward to a few more years of staying active, some traveling and time with grown Children and their families.

Judy and M.D. have written well over 200 stories for Old Huntsville Magazine since 2003 and many are included in the first book with permission of Publisher, Cathey Carney.

M.D.'s first novel, Love Lost - Again was published on Amazon in 2018. He has also written over 200 short stories of fiction in the past few years, many are available for FREE on this website. Read and enjoy. Copy and pass around if you wish.

He has written two Romantic-Suspense novels with another one scheduled for 2022. Hidden Horizons - Destination Love. is the latest.